With the continuing hot weather back in the UK and still not adjusted to the "hour behind", I was up at 5 and arrived at my local patch, Rutland Water, a few minutes after 6.  The hope was to get in a couple of hours birding before it became unbearable hot.  It seemed a good idea at the time as I passes a Red Kite and also recorded Crows, Rooks and Jackdaws along with local Blackbirds and Wood Pigeons but, upon arriving and reaching the Shoveler Hide overlooking lagoon 3 where a Bittern has reported a couple of days previously I realised my folly.  Not only was the very bright sun low in the sky but shining directly into the hide.

Arrival on site and a visit to the feeding station produced Great and Blue Tits along with Robin and a Moorhen with two well-grown chicks.  Lots of Jackdaws, Wood Pigeons and Blackbirds about along with a couple of Collared Doves.  A pair of Magpies gave me a cursory look as I made my way to Lagoon 3 and Blackcaps were singing loudly in the neighbouring bushes and trees trying to out-sing the local Chaffinches.  A Green Woodpecker was heard calling as I approached the hide. 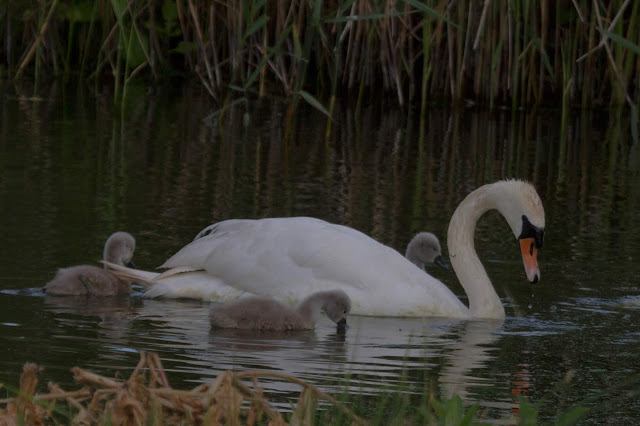 On the water itself a number of Mute Swans with their young of the year and a noticeable difference in the size of the respective cygnets.  Mallards and young  along with a few Shoveler and scores of Coots plus the breeding colony of Black-headed Gulls and chicks.  More Moorhens were seen. Next up came the feeding Sand Martins and then the appearance of Tufted Duck, Gadwall and Teal.  The first of a few of the breeding Common Terns flew past and as I adjusted to the raucous singing of the breeding Reed Warblers I noticed a handful of Common Pochard and then a good number of Lapwing.  Lagoon 4 held a Little Egret and pair of Heron along with more Black-headed Gulls and Common Tern plus also the local Great Black-backed Gulls.  Lapwings were feeding/resting on the islands.

Back at the feeding station a few great and Blue Tits, mainly juveniles, and then the visit of a family of Great Spotted Woodpeckers.  As I headed back to the car park I was able to observe the single Spotted Flycatcher in the Hawthorne Tree where, I believe, the bird successfully nested last year.  Barn Swallows were now flying above the neighbouring fields. 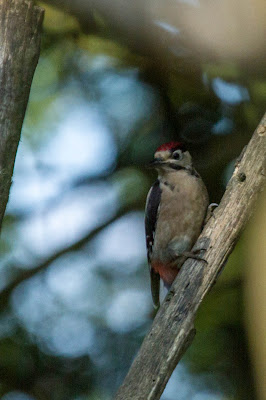 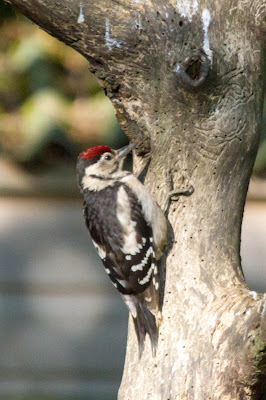 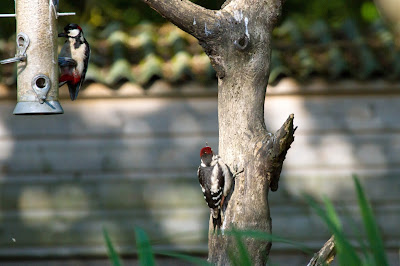 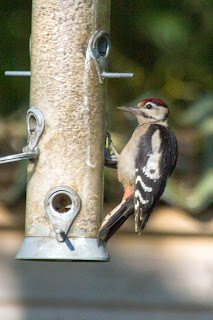 A quick stop at Burley Fishponds produced a number of Cormorants, Tufted Duck and a couple of Greylag Geese in addition to the hen Peacock and her five off-spring that were walking along the lane.  Leaving, a Pied Wagtail moved off the road.

Then it was back home taking the anti-clockwise circuit which produced an Osprey perched on the platform above its nest in Manton Bay and a brief stop at the Lyndon Centre confirmed Greenfinch, Goldfinch and Tree Sparrow feeding on the feeders.  All in all, a relatively successful visit which saw me back in Stamford before 9 o'clock before the sun got too hot, and I still had to tackle the back lawn which now resembled a jungle with grass standing over 50cm high, having recorded 42 species and not a Common Starling nor Dunnock in sight.


Check out the accompanying website at http://www.birdingaxarquia.weebly.com for the latest sightings, photographs and additional information
Posted by Bob Wright - The Axarquia Birder at 11:09