The Wonder and Joy of the Local Patch

Almost finish writing up yesterday's visit and so on to sort the photographs when I got a telephone call from Mick Richardson.  He was down at the Rio Velez in Torre del Mar and looking at the Spotted Crake reported from ;last Saturday and which had been present for quite a while.  No brainer really; everything turned off and locked up, but then had a telephone call to answer before I could depart, and, even so, was on my way within fifteen minutes.  Such a hurry to get under way I forgot my driving licence, wallet, watch and just about everything apart form the clothes I stood up in!

This has to be one of the shortest stays I have ever undertaken at the Rio Velez as it came on "cleaning and preparation day" as I got ready to take off down to Cadiz and the Donana for the week-end.  Arriving at about 12.10, I was gone by 12.40 but what a half-hour.  Initially, I was greeted by Mick with the news that the bird had been present for a couple of hour but less than ten minutes ago a Grey Heron had taken off from the location and flushed the Spotted Crake away; worse than "Murphy's Law!"

Therefore, Mick pointed out the reed clump that the bird had been feeding in and we studied the remaining White Wagtail.  Just beyond a pair of mallards were dabbling in the background with a couple of Common Coots paddling around in front.  A couple of Cormorants passed over heading downstream towards the beach and were passed, travelling upstream, by a pair of Cattle Egret. Continuing to look closely at the area we then picked up single Dunlin and Little Stint and, almost immediately, the Spotted Crake was out and in full view and continued to be sen for the next half-hour.

Not only the Spotted Crake and the waders but even the collar-ringed Red-knobbed Coot was feeding within five metres; what a delight.  Moorhens wandered in and around giving a good comparison to both size and the similarity of plumage between the Spotted Crake and young/female Moorhens.  And just for good measure a Water Pipit also arrived on the scene; all these species within a three metre radius. 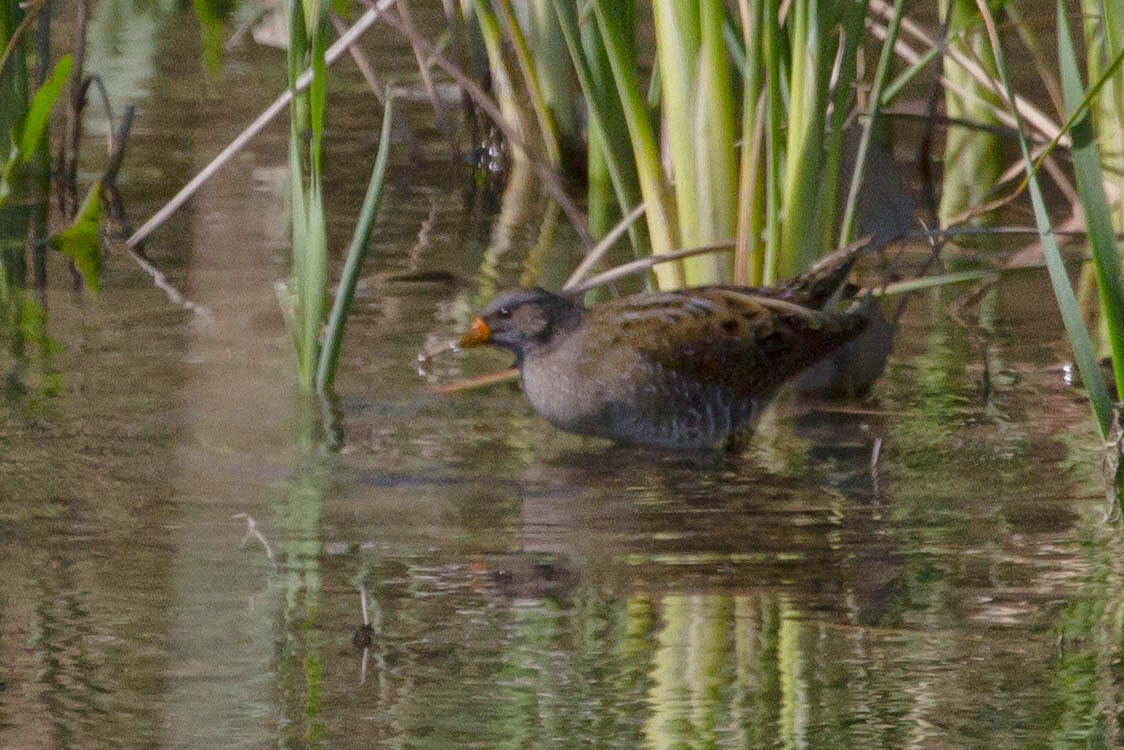 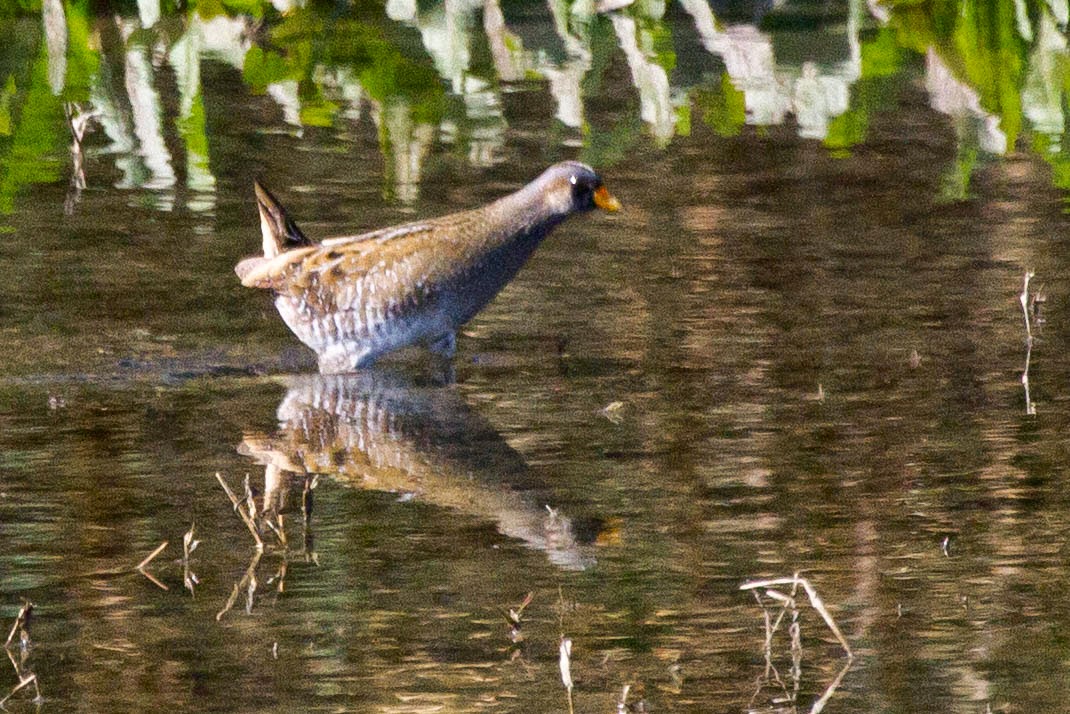 At this point Mick commented that a little earlier ha had come across both Penduline Tit and Siskin, yes Siskin not Serin, in the taller trees less than twenty metres away.  A short walk took me to the trees where I not only found a plentiful supply of Chiffchaffs but also a couple of Siskins for myself.

Finally time to go and make sure that the house was spic and span but not before adding both Bluethroat and Grey Wagtail, also in the same area.  Apart from the resident RockDoves at the bridge, I also added another Grey Heron a little upstream from the N340 road bridge.  A truly memorable thirty minutes at my local patch.  A lucky total of 17 species, more than one every two minutes.


Check out the accompanying website at http://www.birdingaxarquia.weebly.com for the latest sightings, photographs and additional information.
Posted by Bob Wright - The Axarquia Birder at 08:16