PendulineTit at the Rio Velez

Last day of the month and last day to try and see my first Squacco Heron and Red-rumped Swallow before March.  In the event neither seen but that might well be due to the fact that i was bust clearing up and did not arrive on site until just after noon.  Good news though was that it was relatively quite with very few walkers although, on reaching the hide, I noticed that the nudist beach now seem s to include paddling in the lagoon.  Bad enough to frighten me off never mind the gulls!  Still, it was a beautiful sunny morning and, at last, we have lost the strong winds of late - but for how long I ask myself?

Parking up I was immediately greeted by a roosting Cattle Egret with its white coat standing out against the greenery of the opposite bank.  Wandering along immediately in front a single Little Ringed Plover followed by a Moorhen with both the resident Rock Doves and a pair of £drying" Cormorants in the trees above.  The first of many Blackbirds flew past and, in doing so, directed my attention to a pair of Mallards.

So on down towards the hide with many stops and soon passing the first of a number of Grey Herons which, on this occasion, seemed happy to remain rather than dash away downstream.  A Little Egret flew upstream towards me and ere long I had another pair in view.  Not just Little Ringed but also Greater Ringed Plovers feeding next to the river alongside many White Wagtails and a single Grey Wagtail.


To my right a couple of Crested Larks in the fields and a few small jobs including Greenfinch and Goldfinch with one individual of the  latter species having just completed his morning ablutions judging by the state of his feathers.  Still plenty of Chiffchaffs about and Cetti's Warbler both seen and heard.


No sign of last week's Spotted Crake but Common Coots present along with more Little Ringed Plovers and a single Common Sandpiper.  A small flock of Spotless Starlings passed overhead and, in the distance, I could see a number of Yellow-legged Gulls in the air.  The first of a few Stonechats posed nearby and I was able to capture a shot of the female.


Arriving at the hide I quickly found a few House Sparrows and then a rather handsome male Black Redstart along with a couple of Serins.  More Coots on the upper end of the lagoon and the sight of another Heron and a couple of Little Egrets resting in a tree on the opposite bank.  A Meadow Pipit put in a very brief appearance but then all was disturbed by the walkers who insist on following the bank of the river and so disturbing all bird life.

On my way back I stopped at the large trees half-way back to the car and found a single Penduline Tit busy feeding on the low branches but on the wrong side from a photographic point of view.  But I did manage to capture a few record shots as can be seen. 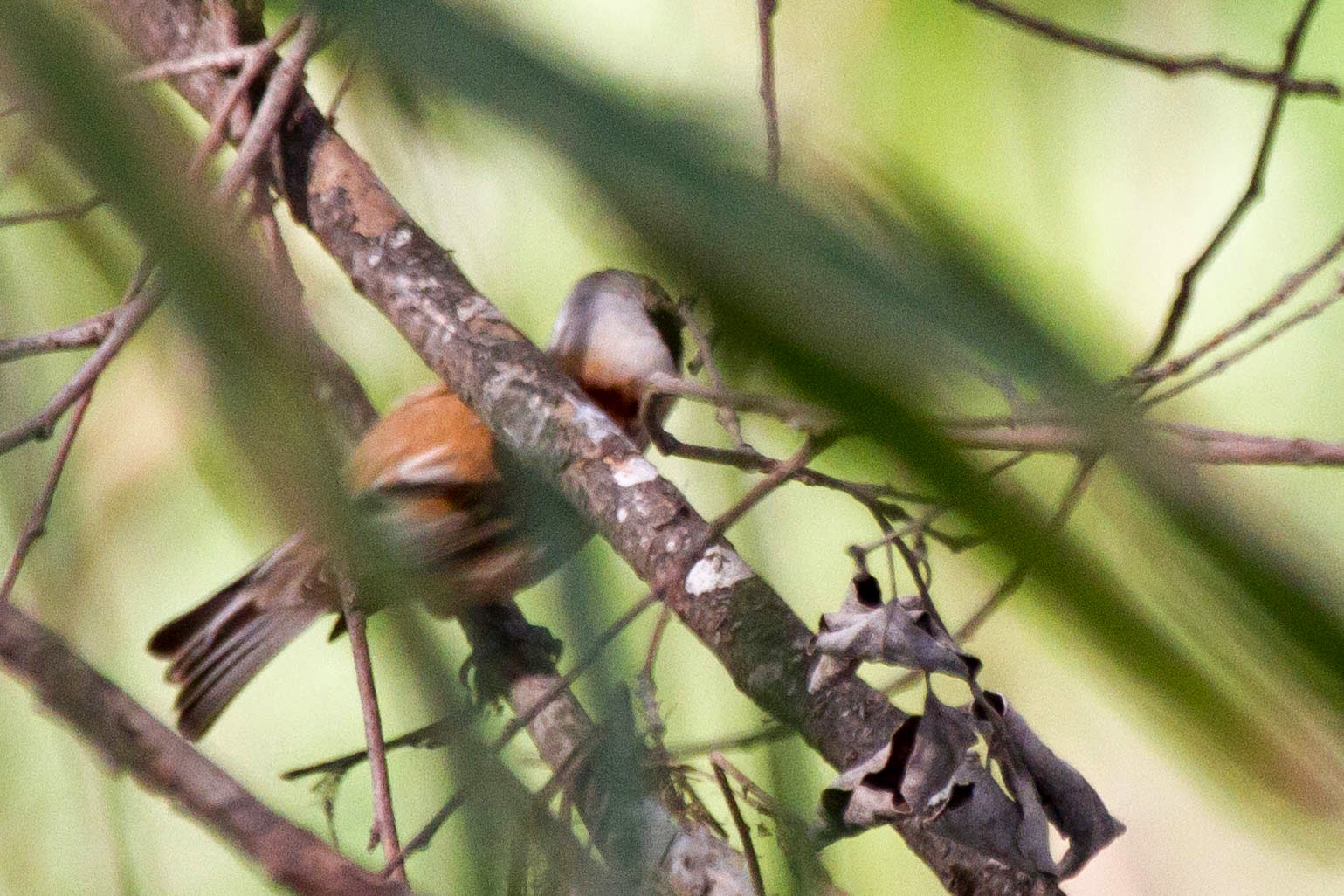 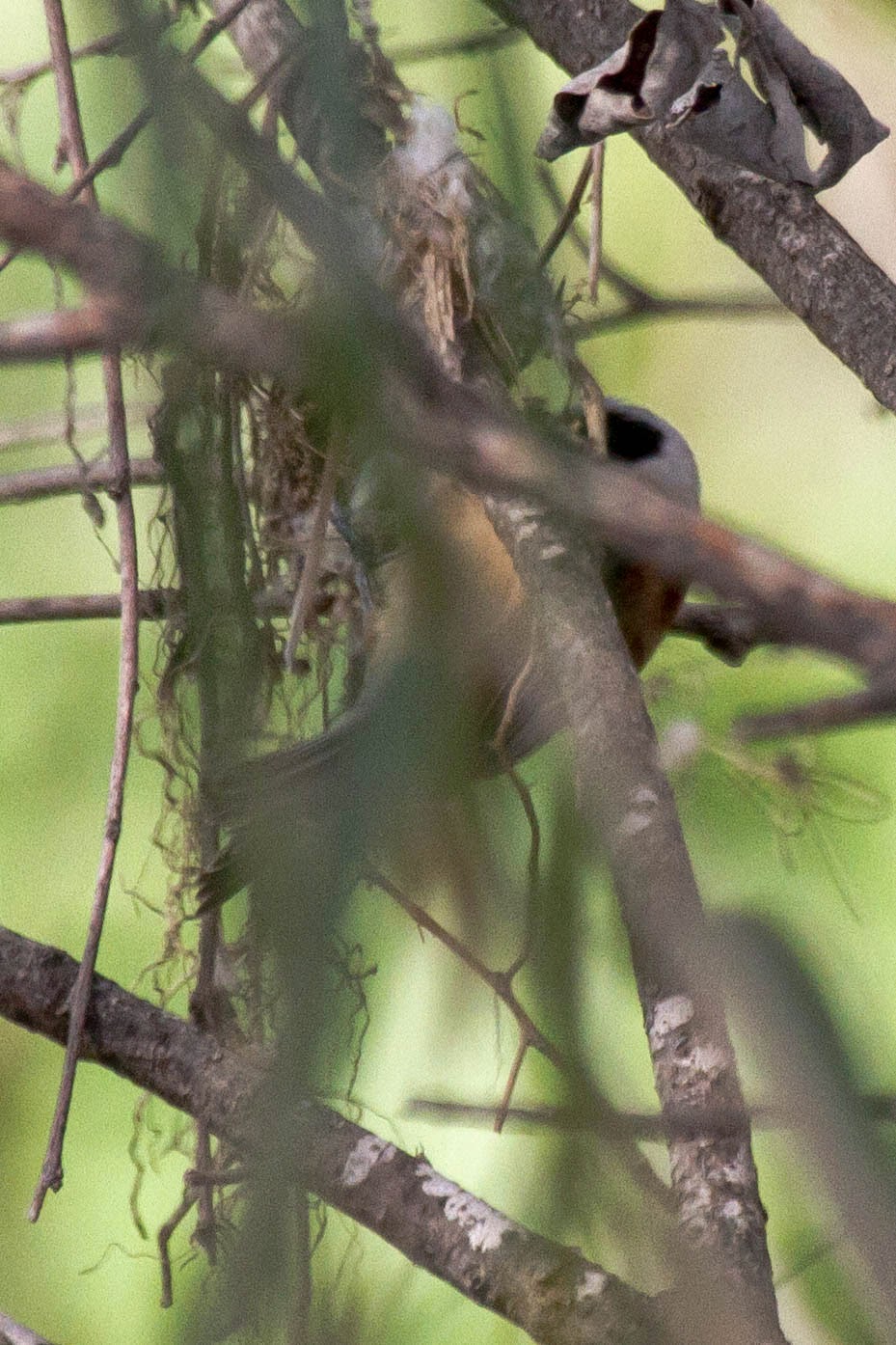 Back at the car I decided to drive under both road bridges and park the car a little upstream so that I could follow the river until I reached the end of the available track.  Good job I did as I not only found more Chiffchaffs, Goldfinches and White Wagtails but also added a pair of Hoopoes, a Green Sandpiper, Collared Dove another Meadow Pipit and a rather lovely "Jenny" Wren that hopped up onto a branch in front of me - but did not stay long enough for me to ring up the camera.

Amazing what can be recorded on a public holiday as well as a Saturday.  Thirty minutes to drive down to the river, an hour birding and then the thirty minute return trip during which I also added both Thekla Lark and Chaffinch as I approached Casa Collado, to give a final count of 33 species.


Check out the accompanying website at http://www.birdingaxarquia.weebly.com for the latest sightings, photographs and additional information.
Posted by Bob Wright - The Axarquia Birder at 06:54