Away early from Ciudad Real I was at the Tablas de Daimiel by 9.30 and had a most enjoyable and rewarding morning before departing at 12.20. Magpie, Crested Lark and Wood Pigeon as I arrived and, even better, early enough for the Little Owl to still be resting atop a small building,  Stopping by the buildings where previously the White Storks had nested added the first Roller of the morning along with Barn Swallows, Jackdaws and Spotless Starlings.

Then that unmissable sound of a calling Golden Oriole which then put in a brief appearance.  The bare tree in front of me held a couple of Tree Sparrows and a lone Collared Dove whilst a Black-headed Gull flew past.

Parking the car at the Visitors Centre I then set out for the boardwalk through the reed bed. Lots of Common Swifts feeding low and once at the first pool a few even coming down to drink. Corn Buntings and Nightingales before the constant calling of the Reed Warblers followed by the harsher song and sighting of the first Great Reed Warblers. As I approached the boardwalk leading to the first pool, still water here, a couple of Whiskered Terns flew over but upon reaching the short walk to the pool on the left no water at all.  However, some birding activity and a little patience was rewarded by the flight along the dry channel by a pair of Bearded Tits.

On the rise between the first and second boardwalks a distant view to my left of what was left of the river produced both a White Stork and a Little Egret plus a handful of Black-winged Stilts. On up and past the mirador and down to the wooded area where I found more Nightingales and a Cetti’s Warbler as I exited towards the return boardwalk at the back of the above pools.  At last a little water on both sides which held both Coot and Moorhen.  An Iberian Yellow Wagtail flew past and landed on the muddy edge and then the pronounced singing of a couple of Savi’s Warblers. No sooner stopped to listen and enjoy than a pair of Penduline Tits put in an appearance and the morning got even better than I had expected with the passing of a pair of Linnet.

Back near the car park I continued on to take a look at the acclimatisation pool and enjoy a quiet rest in the hide.  I immediately noticed that the Barn Swallows were still using the hide to build their nest and raise their respective families whilst outside there were score of both adults and youngsters flying around and resting on the wires.  Indeed, closer inspection of the resting birds also revealed a number of Sand Martins.  Present occupants of the pool included Mallard, Teal, Tufted Duck, Ferruginous Duck, Red-crested Pochard, Marbled Duck, Pintail and Shoveler.

As I left to make my way back to the car park a small flock of Bee-eaters flew overhead and stopping at the Tree Sparrow, still present, site to check the muddy pool below I found more Black-winged Stilts and a lone White Stork resting above a group of occupied Cormorant nests in the lone, bare tree.  Taking the narrow lane off to the left I drove to the old ruin at the top and first rewarded with my first Short-toed Eagle of the year followed by a Black Kite feeding on a dead rabbit that had, presumably, been struck by a passing vehicle. Rather surprised when, apart from more Crested Larks, a Northern Wheatear took off from the side of the road and turning to make the return journey I watched a hovering Kestrel and a Red-legged Partridge crossed the road in front of me.  Once back at the old mill a male Marsh Harrier being mobbed by the local Jackdaws and high above a trio of Griffon Vultures.  Moving on I had a Spotted Flycatcher to my right.

Leaving the site I made my way to the relatively nearby Laguna de Navaseca for what I thought would be a short first visit before continuing on the Daimiel itself to take a menu del dia a the local bar on the outskirts of the town. Crested Larks, Wood Pigeons and House Sparrows as I parked at the rise to use the hide and looking down I could see that the water was awash with bird life. Common Swifts and House Martins above me and scores of Flamingos showing well from all quarters of the laguna.  Plenty of Coots and Greylag Geese and then to the ducks of which, certainly, White-headed were by far the most numerous.  Also present a few Shelduck and Mallard plus plenty of breeding Black-headed Gulls.

Scoping the water and its edges I then added Avocet, Glossy Ibis and a Little Egret.  Bee-eaters arrived above me and down to my right I was in time to see the Water Rail cross a short stretch of water and disappear into the reeds where the Reed Warblers were increasing in volume.

Moving on down to the next hide overlooking the dried up area to my right I crossed to the left for a closer look at both the Flamingos, Back-headed Gulls and Shelduck and discovered a small group of Lapwing plus a lone Greenshank, Little Ringed Plover and a handful of Collared Pratincole.

On round the corner to the next two hides and before reaching the first I stopped to admire the female Cirl Bunting in the tree ahead of me plus a number of Corn Buntings and House Sparrows. Lots of Glossy Ibis at this end of the laguna along with more Black-winged Stilts and White-headed Ducks.  Reed Warblers were moving about and overhead a couple of passing Magpie and small charm of Goldfinch. 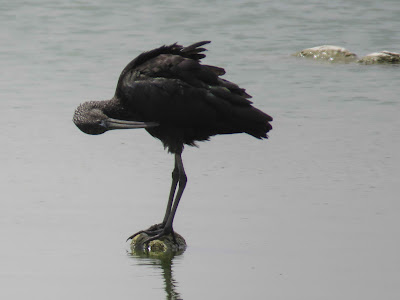 Time to depart and take a leisurely lunch before returning for a last visit to Navaseca before driving to my next overnight stop in Manzanares.  As I parked at the upper hide a Hoopoe took its leave of me from the large tree that was to shade the car, it had now reached 42C.  But I also added a few more species, all seen in this area.  Feeding alongside the Greylag Geese immediately below me both a Common and Green Sandpiper; strange to see both in such close proximity.

More Corn Buntings and then the first Barn Swallows at this site whilst open he open water a pair of Shoveler and a Red-crested Pochard.  Finally, no sooner had I seen the Marsh Harrier drift over the water to quarter the edges when a pair of Serin took off from almost under my feet.  A magnificent and most enjoyable day’s birding with over almost 70 species, including four new for the year, and leaving me too tired to write up the report upon reaching my hotel.  Que sera sera! 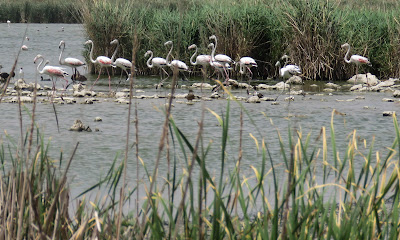 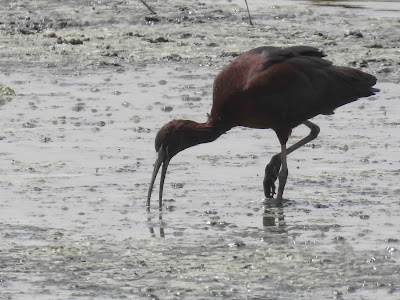 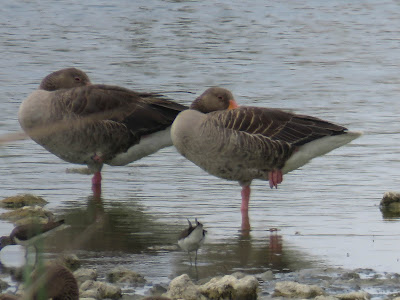 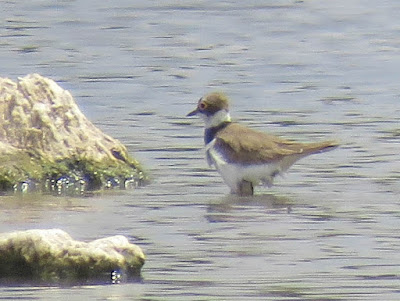 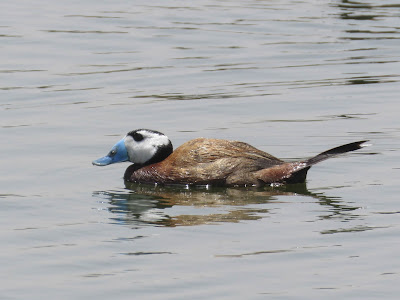 Posted by Bob Wright - The Axarquia Birder at 03:33