Birding during the Covid Shutdown

Received a lovely email from my Danish friend Viggo Diness who, as a result of the present Covid restrictions, has been both unable to return to his home in Caleta but also very limited in where he can travel whilst back home in Denmark.  But you must not give up as there is always somewhere that you can take yourself and, as such, I am posting Viggo's recently received email. 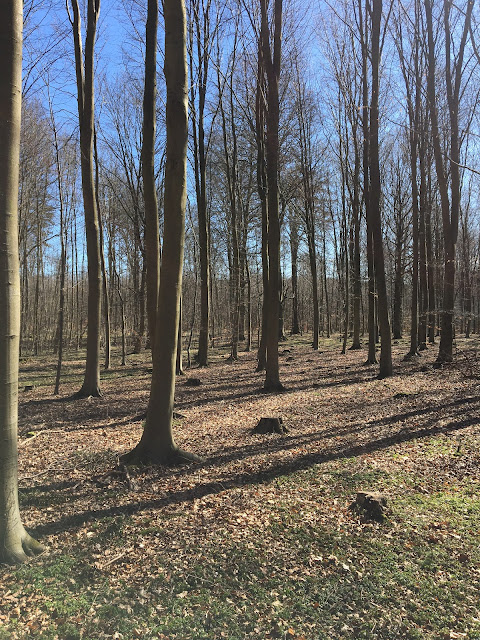 My name is Viggo Diness.  I live in Denmark, but my wife and I also have a house in Caleta de Velez.  In Denmark we live in a small town called Taarbæk which is 15 km north of the center of Copenhagen.  Our house is situated 100 m from the coastline of the sea between Denmark and Sweden and 100 m on the other side of the house lies Dyrehaven, an open woodland which is formed by the many deer that live within the fence as well as by the fact that trees ( mostly oaks) are allowed to become very old and fallen trees are just left on the ground.   Some of the characteristic birds are Short-toed Treecreeper, Nuthatch, Great Spotted Woodpecker, Black Woodpecker and Stock Dove.My wife and I had tickets to Malaga for March 11, but before then we decided  not to go due to the Corona virus situation.  On March 11 schools in Denmark were closed and people were asked to work from their home if possible.  Later further restrictions were introduced, but we were always allowed to walk and run etc outside as long as we kept a distance of 2m to other persons.
Normally, my wife and I walk with our dog in Dyrehaven.  However, during the close down a lot of people used this woodland for exercise and we found it difficult to keep a distance of 2 m, especially on the paths and when passing the gates.Therefore, we took the car and went to a smaller wood called  Jægersborg Hegn only 2 km from our home.  In the old days this wood, like Dyrehaven, was part of the King’s deer hunting area. Now it is separated from Dyrehaven only by the fence.  Without the deer it is more like a traditional Danish wood with the Danish national tree, the beech.Although it has been my neighbour for 5 years I have not spent much time there since I found that from a birding point of view it had little variation and was not very interesting.Nevertheless, when you start looking carefully you are often rewarded.  Actually, there are very nice places such as small ponds and even an open plain - and without leaves on the trees in early spring the wood appears bright in sunshine. 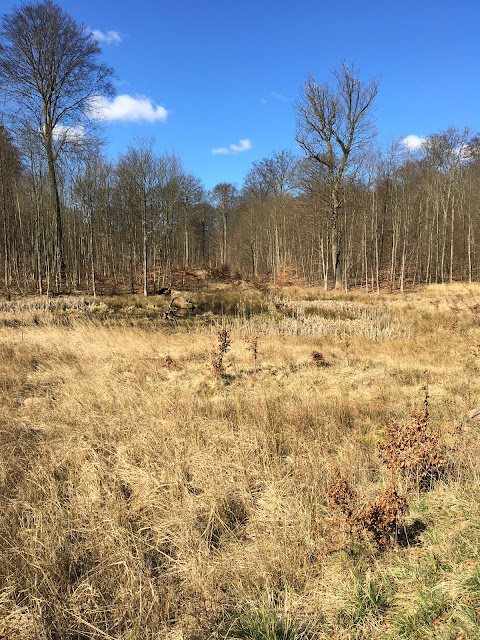 One morning in March I went out alone to look for birds.  A few minutes after I entered the wood  I heard lively pips from a large flock of small Birds.  I followed the sound and found a flock of Bramblings which were sitting all over in the trees over a distance of 100 m, most likely on their way back to Sweden after their visit to Denmark during wintertime.

I went on and heard and saw the very common smaller birds such as Great Tit, Blue Tit, Chaffinch, Nuthatch and Blackbird as well as Wood Pgeon which are very common in Danish woods.  A Song Thrush was singing.  Two Hawfinches made sound and could be seen in a distant tree.  In the small ponds were Mallards and Coots - as always.  Also the tapping of several Great Spotted Woodpeckers was heard.  Between the trees far away I saw the pair of Buzzards, which I had been seeing almost  daily.  And then I heard the call from a larger bird that I did not recognise.I was quite satisfied with what I had seen when I approached my car.  Suddenly, I heard a loud bird call and a beautiful Goshawk showed up close to me.  It was kind enough to circle twice above my head before it went up into the blue sky.Then I heard the well known call of a Buzzard behind me.  I turned around and  saw 5 Buzzards in a circle apparently also heading north to Sweden.A very nice morning indeed.Encouraged by my lucky day, I went out on another morning in March.  Again I heard the Bramblings.  In an attempt to see them I went into an area with young trees.  Suddenly one, then another Woodcock flew up just in front of me.  Minutes later I met a flock of Redwings, also on migration going north.In the same afternoon my wife and I walked with the dog.  Suddenly the male and female Goshawk came tumbling just in front of us in what appeared to be a kind of dance before mating.  We were on our way back, passing a small pond, when my wife almost stepped on one of the Woodcocks.One day later we saw 40 Cranes going north high above our heads.  This was on the day when approximately 3000 Cranes passed the area of Copenhagen.Later I looked for a possible nest of the Goshawks and found a good candidate, although I was not sure that it was in use. 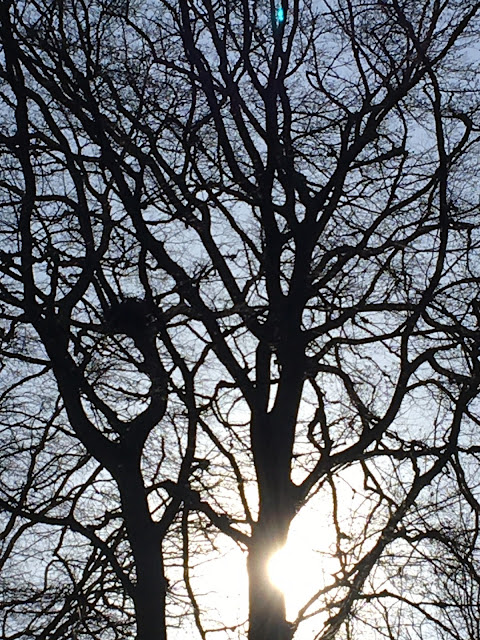 In May with leaves on trees the wood turned dark and became less attractive for a birder. However,  I went out one afternoon in June and found out that the nest I had found in March was occupied by the well known pair of Buzzards. 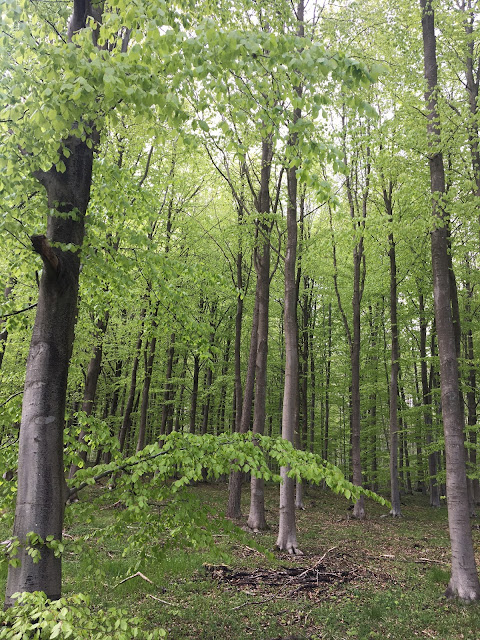 It is sad what has happened in Spain due to Co-Vid 19. But congratulations with the improvements now made.My wife and I look forward to go back to Spain, hopefully soon.Best regards

A most interesting report Viggo and very descriptive.  Made one feel as if they were actually walking through the woods with you both,

Posted by Bob Wright - The Axarquia Birder at 05:58