By the time I was approaching home from the long drive back from Cadiz I though it might be worthwhile to make a second detour to take in the Guadalhorce at Malaga with, just perhaps, the chance that I might see the visiting Short-eared Owl.  Arriving at 17.35 I stayed for ninety minutes but was unsuccessful. On the other hand, I did get to see some interesting birds. Walking the the main hide overlooking the Laguna Grande a Booted Eagle appeared overhead and then a small flock of Greenfinches. 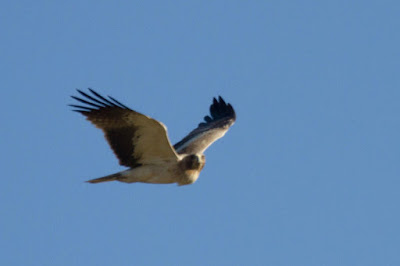 I was surprised to see that there are still scores of Cormorant present and, on this occasion, a good number of Grey Herons.  Both Collared Doves and Monk Parakeets made their presence known as did the large flock of Spotless Starlings in the far trees.  On the water many Shoveler and Shelduck plus two pairs of Teal along with  the long-staying group of Black-necked Grebes plus a much reduced quota of Coot and a few Moorhen.  Mainly Black-headed Gulls on the water but also a few Lesser Black-backed Gulls.  Five Flamingos were a surprise sighting. 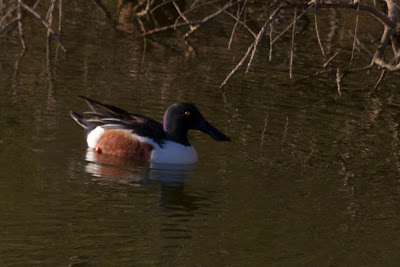 Waders were working the shore below the hide and included Dunlin and Greenshank plus Black-winged Stilts.  Also present both Little Ringed and Kentish Plovers.  A single White Wagtail came to explore as the Cetti's Warbler sang away. 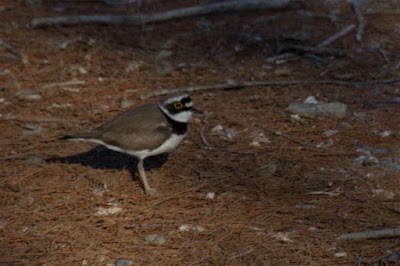 Moving over to the Laguna Escondida more Common Pochard and White-headed Ducks along with Little Grebe, Moorhen and a the odd Coot.  More feeding Barn Swallows over the neighbouring meadow and a quartet of Jackdaws took up residence on the lampposts of the neighbouring motorway.  Just a single Chiffchaff in the bushes to me left from the hide and a Blackbird as I departed.  32 species in such a short time was not bad but I would have preferred a view of the Short-eared Owl; I wonder it came out later on?

Whilst at the main hide overlooking the Laguna Grande, in addition to seeing a Greenshank I also had this wader as illustrated below.  probably about the size of a Redshank, seeing the yellow legs and shortish bill I initially thought Ruff till I then saw the slightly upturned end to said bill and the clear white front. Greenshank?  A little on the small size and, again, those yellow legs.  Marsh Sandpiper went though my mind but I suspect the bill is not long or fine enough.  So what have I seen; any suggestions? 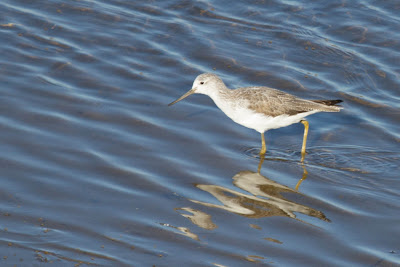 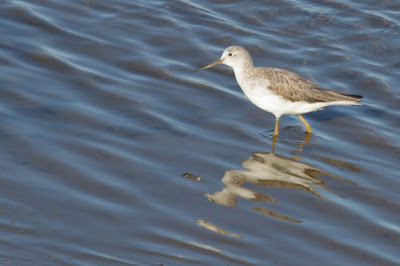 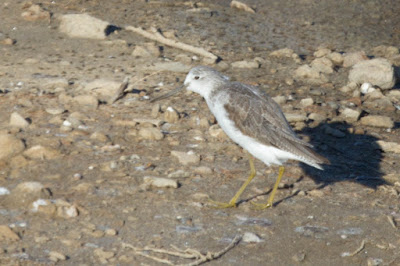 Check out the accompanying website at http://www.birdingaxarquia.weebly.com for the latest sightings, photographs and additional information
Posted by Bob Wright - The Axarquia Birder at 20:45