Fresh from her recent visit to Tarifa and a successful observation of the migrating raptors, I was able to take my friend, Marieke from Belgium down tot he Rio Velez in Torre del mar before the weather got too hot and had us both reaching for some shade.  (Does this mean that 32C is not too hot at 9 o'clock in the morning?)  Well, our two hours at the site produced a total of 31 species but, in reality, all much of the usual other than the pair of Squacco Herons.  There were very few Barn Swallows or House Martins and just a couple of Little Egrets and a flying half-dozen Cattle Egret to add to the three Grey Herons.

We started of with the usual Rock Doves and a single Spotted Flycatcher but it soon very evident that the numerous Cetti's Warblers were once more in full voice.  Still a couple of Willow Warblers and a single Zitting Cisticola seen from the hide along with a handful of Serins and a small family group of Goldfinches.  The Spotless Starlings were flocking and feeding in or near what little water there was in the old river and, on the far side, a walk past by the occasional Little Ringed Plover and Ringed Plover broke the monotony.  Twice a Green Sandiper flashed by and we entertained both by a lone Lesser Black-backed Gull with a yellow-stained rear end a Feral Pigeon that simply refused to move away from its feeding patch immediately below the hide. 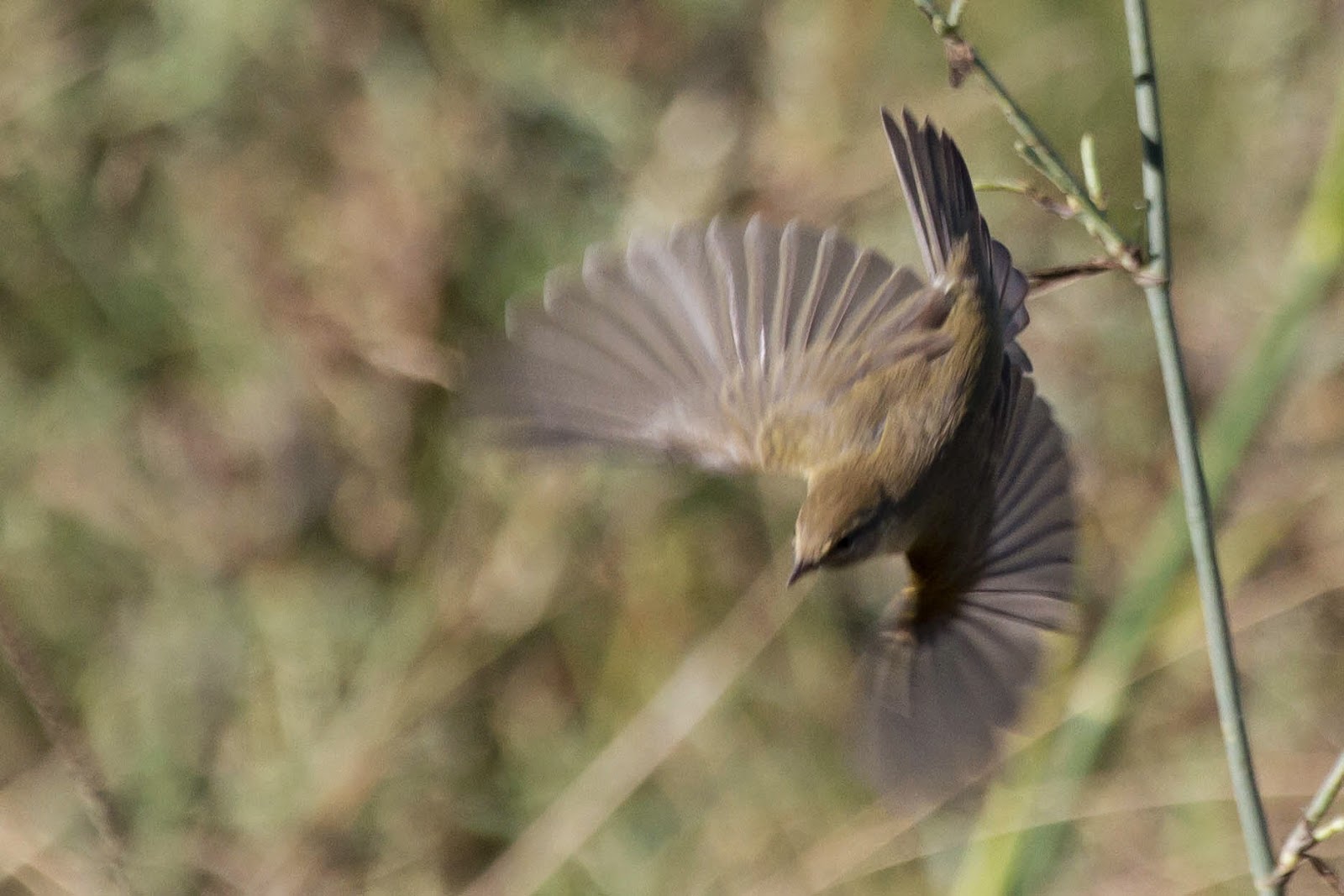 A couple of Hoopoes made a pleasant change which was more than could be said for the raucous Monk Parakeets.  A good job that we saw Thekla Lark and Kestrel on the way down from the mountain and more Bee-eaters when we returned for we were greeted by Jenny and brother-in-law Chris to inform us that whilst they lay in the warm waters of the pool a dozen Honey Buzzards had slowly made their way across directly above.  You can go off people you know!  So, tomorrow I think, it may all be in the pool for some Honey Buzzard watching before it will be time to deliver Marieke to the airport for her flight back to Brussels.

Check out the accompanying website at http://www.birdingaxarquia.weebly.com for the latest sightings, photographs and additional information.
Posted by Bob Wright - The Axarquia Birder at 11:56